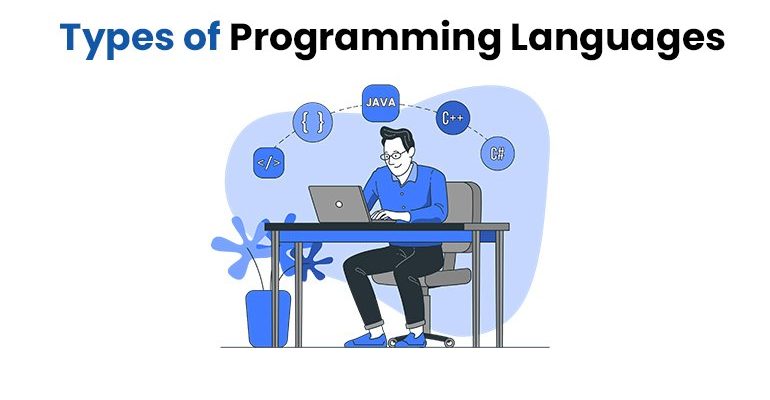 Programming Language helps to communicate instructions to a machine and control the specific behaviour of a machine. With the help of programming, we can make the Machine execute specific tasks as per the instructions.

There are two types of programming languages i.e.

Let us see them in detail:

It consists of Assembly language and Machine Language. Let us understand them in brief.

Machine Language: This is an understandable computer language and not a human friendly one. It directly runs on the CPU. They are numeric, i.e. in a series of bits 0s and 1s, representing the instructions the computer can understand. They are not Portable, i.e. a machine language is specific to a particular type of Machine only. By the way, all languages need to be translated to Machine Langauge.

Example: It has instructions or commands like Move, Jump, Add, etc., which is easier to understand than Machine language.

It consists of Procedural Language, Structural and Object-Oriented Language.

Procedural: The program is written as a sequence of Instructions, i.e. program executes statement by statement, reading and modifying shared memory. It executes a set of commands in order. These languages are based on the concept defined by the procedure calls. It means that statements are organized into procedures. These procedures are also known as functions. Since it’s written in step by step manner this it’s easy to follow smaller programs.

Structural: It’s a programming style that aims to improve the Clarity, Quality, and Development time of Programs by using Block Structure.

Object-Oriented: Here, the program is written as an interaction of functions with Objects. Objects are capable of storing information, and they can also interact with other objects. It is the latest and powerful type of programming language used widely. 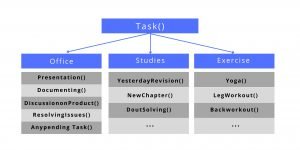 But in Object-Oriented, we have created Objects of Office, Studies, Exercise, etc. So here, there is an option to choose any Objects based on our needs, leading to code reusability. Also, not much effort is required to add or delete any tasks in Object-Oriented as in Procedural, we might need to modify the whole Task().

So hope you understand about types of programming languages. For More Details, Click here.

Chethan is a Software Engineer based in Mumbai and works for a Multinational Bank. He works for a Trading Application of a Bank. He is flexible on Python, Java and C, C++. He loves to learn new technologies and likes to be updated in the Market.

About Us
Courses
Blogs
Events

Graphic Designing is a core foundation skill in Digital Design …

At the end of the Graphic Designing course, you will get a Certification from us, which will be very helpful for you in the future.
Courses you can enroll in after completing Graphic Designing, Digital Marketing, Web Designing, UI/UX Designing, Animation, etc.
Get Enrolled
Add to wishlist

INTRODUCTION TO ADVANCE EXCEL VBA enables you to use English …

You can automate tasks by using macros, which are a series of commands and instructions that you group together to perform a task automatically.
Create dynamic reports by mastering one of the most popular tools.
VBA allows much more complex navigation, advanced execution, and many more conditions to be imposed on the tasks you wish to perform.
Get Enrolled
Add to wishlist

INTRODUCTION TO C++  C is often considered to be the …

Learn to program with one of the most powerful programming languages that exists today, C / C++.
Create your first C / C++ Application.
Get Enrolled
Add to wishlist

INTRODUCTION TO CYBERSECURITY This course serves as an introduction to …

The participants get the Overview of the course, use of tools and their application in real life
He or She learns about available career opportunities, roles to be performed at the workplace
The learner gets to know various parts, functions and interrelations of the tool
At the Beginner Level, the learner knows the Simple Application Development Technology
Encourage him or her to develop integral skills required to make them job-ready
Get Enrolled
Add to wishlist

INTRODUCTION TO SCRATCH PROGRAMMING What are Visual Editors? Introduction to …

Every portion of the course is a groove with assignments, …

Grow a Business Online From Scratch.
Land a High-Paying Job in Digital Marketing.
Work From Home as a Freelance Marketer.
Get Enrolled
Add to wishlist

INTRODUCTION TO 11th / 12th Commerce IT In this course, …

INTRODUCTION TO ANDROID APP DEVELOPMENT Get a solid understanding of …